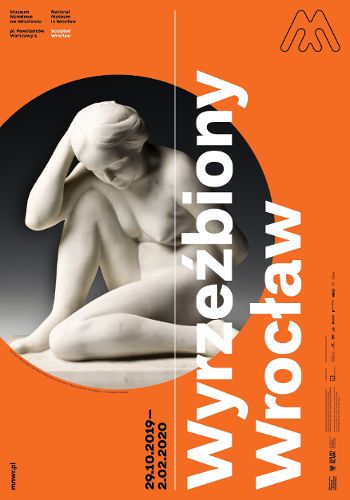 Wroclaw in Sculpture: an exhibition in the National Museum

It is the first monographic presentation of Wroclaw sculpture of the 1st half of the 20th century in history. 100 works by 30 excellent sculptors will be shown.

100 works by 30 excellent sculptors will be shown. Visitors will see sculptures brought from several museums in Poland and Germany, as well as other institutions, churches and private collections.

The exhibition presents both artists already known for their individual and unique style (e.g., Christian Behrens, Theodor von Gosen, Jaroslav Vonka or Marg Moll) and those who are still waiting to be discovered and appreciated (e.g., Paul Schulz, Johannes Kiunka or Dorothea von Philipsborn).

‘The scarce interest of museum professionals in this subject so far was caused mainly by the huge losses that Wroclaw sculpture suffered as a result of the destruction of the capital of Silesia in 1945 and during the next few postwar years when sculptures were commonly removed from public urban space,’ says Piotr Oszczanowski, the director of the National Museum in Wroclaw.

The exhibition will be accompanied by a richly illustrated catalogue; apart from its main part, it will include biograms of presented artists and researchers’ essays on various aspects of Wroclaw sculpture of the first half of the 20th century.

By logging into Visit Wrocław you get special benefits. Check out why you should log in.