The White Stork Synagogue is the most important place for Wroclaw Judaists and a significant point on the cultural map of Wroclaw. Its restoration lasted almost 20 years.

The temple at ul. Włodkowica stood in place of the former White Stork inn, from which it took its name. The neoclassical building was erected on the basis of a design by Carl Ferdinand Langhans in 1829. For over 100 years, it served orthodox devotees of Judaism in Breslau. During the Kristallnacht, it was plundered, but the building survived – the Nazis did not set it on fire because of the dense development.

After World War II, it was regained by Jews – the Jewish community in Lower Silesia was the largest in Poland, as a few dozen thousand persons who had survived the Holocaust settled here.

In the 1960s, the communist authorities banned the use of the synagogue because of its poor technical condition. At the same time, they prohibited its renovation, also as a consequence of anti-Semitic moods aggravated by the authorities of communist Poland.

The building was first at the disposal of the University of Wroclaw and then was handed over to the Art and Culture Centre and the Academy of Music. During that time, it was set on fire several times and quickly became degraded. At the turn of the 1990s, the Jewish community made first attempts to regain the building. It was at this time that the authorities of the Academy of Music sold it to the owner of a building company.

A small prayer room is enough

‘Reversing this transaction and regaining the building took a few years and required support from many persons and institutions,’ tells Jerzy Kichler – a member of the Management Board of the Wroclaw Jewish Commune and the originator of the idea of restoration of the temple. ‘However, it was not less demanding to convince the then authorities of the Jewish commune to go ahead with the restoration. There were questions: where will we get money for this restoration? How will we maintain the synagogue after its restoration? Do we need such a big temple at all, since prayers are attended by 30–40 persons and all of us have enough room in the small prayer room?’ 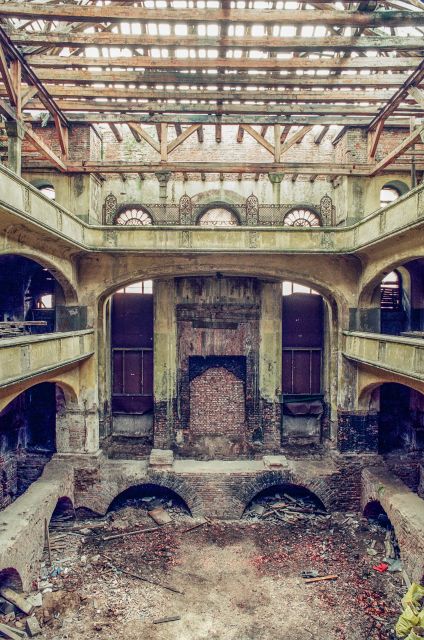 Eventually, the synagogue was handed over to the Jewish Community in Wroclaw only in 1996.

The building was in a deplorable condition. Instead of the roof, there was a structure covered with film. There was no floor and ceiling between the ground floor and the cellar, and only small fragments of old furnishings have survived. Being partly destroyed, staircases leading to balconies were not even fit for repair.

The funds for the reconstruction of the roof were earmarked by the Foundation for Polish-German Co-operation; works lasted one year and a half.

‘Further stages of the renovation did not proceed so fast, mainly due to the lack of money. Only when we gained funds from EU operational programmes could we go ahead with works,’ says Jerzy Kichler.

Apart from that, the restoration was financed mainly from the funds of the Wroclaw Jewish community, the money submitted by the City of Wroclaw, foundations and large state-owned corporations, including KGHM. In the course of time, the renovation process was joined by the Bente Kahan Foundation, which also obtained large subsidies.

In 2005, the new floor of the temple was ready. In further years, parts of furnishing were added: Aron ha-Kodesh – a ritual chamber in which Torah scrolls are kept, a bimah – a platform for the reader of the Torah, and a stage.

Heart of the Quarter of Mutual Respect

The renovation of the building and the courtyard of the synagogue was completed in 2010. Later staircases were refurbished and the mikveh was renovated. The works cost around 19 million PLN.

Today the synagogue serves not only as a place of worship; it functions as a concert and theatre hall and a venue for exhibitions and meetings with artists. Persons from outside the Jewish community are also invited to prayers a few times during the year.

The Quarter of Four Denominations includes also an Orthodox church at ul. Mikołaja, a Catholic church at ul. Antoniego and a Protestant church at ul. Kazimierza Wielkiego, but the White Stork Synagogue is its heart.

The restoration of the synagogue is described in a publication prepared by the Jewish Community in Wroclaw. You can get it by contacting the office of the commune.